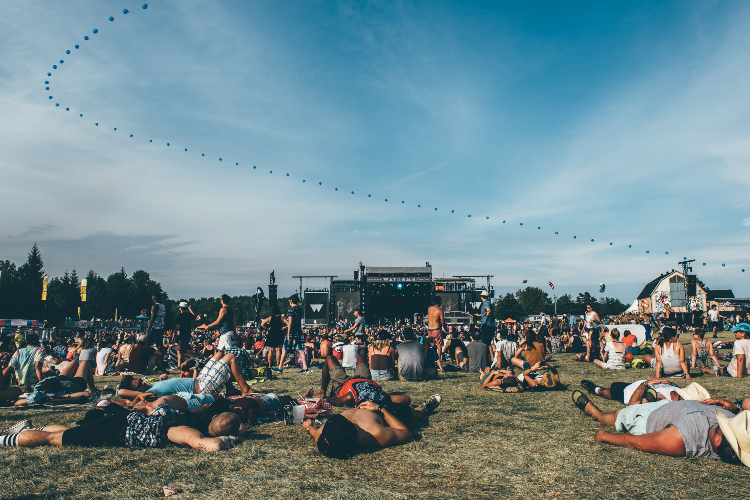 Psychedelic drugs or hallucinogens, are popular substances in the United States and are used recreationally. These drugs offer mystical experiences and enhance sensory perception, thought processes, and energy levels. Psychedelics have been around for centuries, and are sometimes used to facilitate spiritual experiences.

Hallucination drugs reached their peak in the US in the 1960s, commonly used for psychotherapy and political reasons. In the wake of the 1980s, the use of ecstasy arose, which continues throughout today. Interestingly, rates of lifetime psychedelic drug use is greater in males than females. Although, rates among “baby boomers” and young adults show the same lifetime psychedelic use.

The National Survey on Drug Use and Health (NSDUH) has found a correlation between psychedelic drugs and an increased risk of mental disorders. The data showed that participants who abused these drugs were three times more likely to be admitted to a mental health hospital. At Healthy Life Recovery, we offer treatment for those who abuse psychedelic drugs and need to regain their mental health.

There are a number of psychedelic drugs, used between many cultures. Here is a hallucinogenic drug list of the most popular ones:

Lysergic acid diethylamide (LSD), also known as acid, is one of the first psychedelic drugs commonly used. LSD is a very potent psychedelic that is semi-synthetic. Meaning, it combines both natural and man-made substances. This drug stimulates serotonin receptors and production, causing you to feel strong alterations in:

Acid pills, tabs, or drops are taken orally, and the effects can be quite intense, lasting 12 hours.

Acid was introduced as a commercial medication in 1948. By the 1950s, clinical trials were underway with astounding success in its effectiveness in treating alcoholism, anxiety, and depression.

This hallucinogen is called psilocybin and is referred to as magic mushrooms or shrooms. This popular psychedelic drug belongs to a group of fungi that has been used since prehistoric times. According to the EMCDDA, psilocybin is converted to psilocin after being ingested by the gut. Some people may enter an altered state for several days.

Psychedelic mushrooms produce feelings of empathy, euphoria, and altered thinking. These effects can be appealing to young people, eager to experiment with “free drugs,” or drugs that free you from your mind. Unfortunately, psilocybin mushrooms can be a high-risk drug since their toxicity can vary, and can be lethal.

While psychedelic mushrooms grow organically, LSD is a human-made drug. The hallucinogenic effects can be similar, as well as the long-term effects like improved mental health.

Most people find LSD to be an extrospective experience, whereas shrooms is an introspective experience. One may feel a desire to dance and socialize more while being on acid. On the other hand, an individual on shrooms will be listening to their deep, inner thoughts. The duration of shrooms and acid also differs, where psychedelic mushrooms is about half the time as LSD.

If either of these drugs are consumed in high doses, a bad trip can occur. This means the hallucinogenic effects are not pleasant for the user, and the experience can be frightening. Dimethyltryptamine (DMT) is a naturally occurring drug that is found in plants, animals, and humans, but can also be created artificially. The DMT street name, which is the synthetically produced form, is called Dimitri.

This drug is naturally occurring and is used for religious purposes, which leads people to believe it is safe. When actually, DMT is classified as a schedule I drug and produces one of the most potent hallucinogenic drug experiences. This drug is restricted in most parts of the world.

How long does DMT last, you ask? Well, that depends since DMT is so intense, your sense of time will differ from reality. The user will feel like it the experience was hours long, when typically it lasts around fifteen minutes. High doses will completely remove the individual from reality, causing them to enter a complete hallucinogenic state.

Most commonly, DMT is smoked, but it can also be snorted or injected.

Mescaline is a naturally occurring psychedelic, which is usually found in certain cactus species. The most common type it is found in is called peyote, a small, spineless cactus. The psychedelic effects of mescaline are similar to those of LSD, causing euphoria, introspection, and color enhancements. Many times, people report having a personal epiphany from the effect of the drug.

Mescaline is ingested by eating the inner flesh of the peyote cactus. Often, people experience nausea and vomiting because the drug is extremely bitter. The effects can last between a few hours and a day. Although there is a potential for psychological addiction, there is a low physical risk for healthy users.

Similar to psychedelic mushrooms, peyote cactus has been used by humans for hundreds of years. The recreational use of peyote is illegal in the US, with exceptions for religious purposes. It is most commonly used in religious ceremonies by Native American shamans.

Methylenedioxymethamphetamine (MDMA), also known as ecstasy and molly, is classified as an entactogen. This means that the drug produces a feeling of oneness with others. MDMA is frequently used as a party drug, unlike most psychedelic drugs. The other psychedelics require specific settings and mindsets, and tripping in a loud, crowded environment, screams a recipe for disaster.

For the most part, MDMA elevates the user’s emotional connection, mood, and mental and physical euphoria. Hallucinations from this drug are mild, such as color changes and heightened audio effects. Some health problems caused by MDMA, especially when combined with alcohol, include:

Salvia divinorum is a mint plant that originated in Mexico. This drug has hallucinogenic properties when abused, and the effects last from 30 minutes to an hour. Salvia has increased popularity in the US since it is not regulated. This drug is typically available at smoke shops around the county. Get Help With Psychedelic Drugs

If you or a loved one is considering a new substance-free way a life, Healthy Life Recovery is here to help. Our San Diego drug rehab offers individualized addiction treatment, designed to achieve long-term recovery. Give us a call today if you are experiencing a substance use disorder, to take back control of your life.