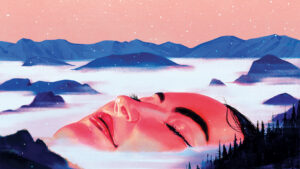 From attempts to see with the third eye to clandestine government operations, Americans have been fascinated by the confounding effects of psychedelic drugs. Despite thousands of scientific papers that have been written about many of the substances in the list below, we still don’t know everything there is to know about hallucinogenic drugs. Part of that is because we still have a lot to learn about the human brain.

Psychedelic Drugs Are A Subcategory Of Hallucinogens And Can Be Classified Into Three Main Categories:

Serotonergic (classical psychedelic drugs) – these are usually what the layman (or woman) thinks of when they conjure up an idea of psychedelic drugs. LSD, DMT, and mescaline all fall into this category. Using these drugs will cause drastic changes in your sensory perception including visual and audible hallucinations.

Empathogens – these drugs affect the neurons that release serotonin, giving the user the feeling of euphoria, love, and increased attentiveness and awareness. A typical high from one of these psychedelics usually involves relatively mild changes to perception such as audio and visual stimuli.

Dissociatives – the two key things that dissociatives do is create a sense of depersonalization and derealization. Users tend to feel a disconnect from the world, their surroundings, and even their own bodies.

Psychedelics aren’t often chemically addictive, and some have even been studied as possible aids in addiction treatment. Addiction is often caused by direct alteration of brain chemistry, and psychedelics often have a low impact on brain chemistry, except for indirect influences. However, they do have a high risk of abuse, and some can cause lasting psychological problems, including post-traumatic stress disorder and even psychosis. Some substances can cause psychological addiction when a person becomes emotionally dependent on the drug. And other synthetic psychedelics are believed to be habit forming.

Keep reading to learn about the most popular psychedelic drugs and how they affect your body and brain.

The 7 Most Popular Psychedelic Drugs

Lysergic acid diethylamide, better known as acid or LSD, is possibly the most well known psychedelic drug. Popularized by the 1960s counterculture, LSD made its way into pop culture with public figures like the Beatles admitting to using it. The chemical was also the subject of a wide range scientific study throughout the 20th century, including the CIA’s illegal and controversial Project MKUltra.

LSD alters awareness and perceptions and may also cause hallucinations. It is not chemically addictive but can cause some negative effects like anxiety and paranoia. Some research shows an increased likelihood of developing psychological disorders like schizophrenia in adults with other risk factors.

Psilocybin, or magic mushrooms, a group of fungi that have been used since prehistoric times as an entheogen and hallucinogenic drug. The substance psilocybin is found in a variety of genera, with over 100 species in the genus Psilocybin, though the mushrooms of that genus usually don’t produce hallucinations.

Psilocybin causes an increase in empathy, euphoria, and altered thinking. In some species, it can cause open and closed eye visuals.

Though they aren’t chemically addictive and they don’t represent a significant health threat, they are hard to distinguish from deadly mushrooms. Toxic species like Death Caps can look identical to some species of psilocybin and grow in the same places.

N,N-Dimethyltryptamine, better known as DMT, was popularized by two researchers in the late 20th century. Scientist Rick Strassman studied it extensively in the 1990s and gave it the nickname “the Spirit Molecule.” Terence Mckenna, an ethnobotanist, studied and described the effects of the DMT in detail.

DMT has been used for possibly thousands of years by Amazonian tribes that activate DMT innately in rainforest plants by brewing it in tea, called ayahuasca with MAOIs (which is necessary to make it active when ingested).

The substance may be among the most powerful psychedelic drugs on earth, with potential for powerful visual hallucinations. There is little evidence to suggest that it could cause chemical dependence or medical complications. However, there is a chance that psychological issues may develop from bad trips. 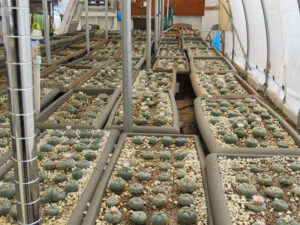 Mescaline is a psychedelic alkaloid that’s found in a number of southwestern cacti like peyote, the San Pedro cactus, and the Peruvian torch. Peyote is popularly used by Native American shaman in religious ceremonies. The drug is illegal in the US but special exceptions are made for groups that use it for religious purposes.

Mescaline causes color enhancements, euphoria, and an increase in introspection. Users often report having personal epiphanies on while on the drug. When ingested, the peyote cactus is bitter and can commonly cause nausea and vomiting. Mescaline, like other psychedelic drugs, has a potential for psychological addiction. However, it isn’t chemically addictive and has a very low physical risk for healthy users. 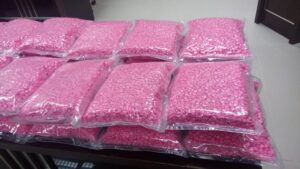 3,4-Methylenedioxymethamphetamine, better known as MDMA, ecstasy, or molly is an entactogen which is a class of drugs that produce a feeling of communion or oneness with others. Unlike the rest of the top five psychedelic drugs, MDMA is most often used as a party drug. Other hallucinogens require careful attention to “set and setting,” the user’s mindset and the place they are using. In loud, crowded settings, users increase their likelihood of a bad trip.

MDMA’s effects; however, have a larger emphasis on increased empathy and emotional connection. It also elevates mood and sometimes facilitates a mental and physical euphoria. In some users, MDMA can create mild hallucinations like color changes or heightened audio effects.

MDMA causes dehydration and raises your body temperature which means users are required to drink water consistently while high. MDMA has been recorded leading to fatal medical complications due to hyperthermia and dehydration, especially when combined with alcohol. 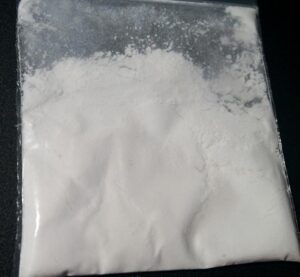 Phencyclidine, or PCP, is a synthetic drug that also causes dissociative hallucinations. PCP was originally synthesized as an anesthetic for medical use. Because of its side effects, which can include mania, delirium, and disorientation, use in humans was discontinued in the 1950s.

Unlike other psychedelic drugs, PCP is considered to be moderately addictive, and there is some threat of developing psychological issues. 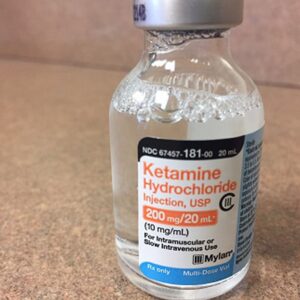 Ketamine is a precursor to PCP and was synthesized for the same purpose, as an anesthetic for use in surgeries. It can cause sedation and memory loss as a side effect and was later restricted to veterinary use. Its recreational use causes similar effects to PCP and it, too, has a low to moderate addiction potential.

Marijuana does not make the top 8 despite the fact that it is widely used and some psychologists consider it as a psychedelic drug. However, the number one defining attribute is that a psychedelic’s primary action is to alter cognition or perception. While marijuana may do this in some situations, it is primarily used for mood-heightening and relaxing effects.

Another psychedelic that’s growing in popularity is ibogaine, a substance found in plants that are native to West Africa and used in tribal rituals. It hasn’t reached a high level of recreational use compared to some of the drugs on the list. However, it is being studied as an experimental addiction treatment drug in some countries. Though it has shown some potentially dangerous effects on the heart.